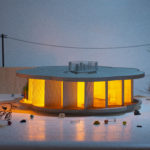 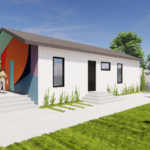 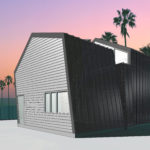 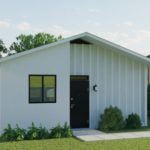 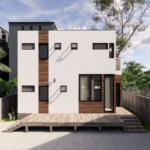 One Bedroom / One Bathroom

This unit expresses the deep roots of west coast hip-hop culture and its proliferation across the city and county of Los Angeles. Fully taking hold of the public consciousness in the early 90s –– after the brutal police beating of Rodney King on live television –– rap music projected the voice of Angelinos from Compton and Watts, to South Central and Long Beach. The twisted forms of this ADU recalls the spin and scratch of a DJ’s records, the head spins and flares of an old school b-boy, and the spinning rims of a pimped out ’64 Impala. The 950 square foot, two- bedroom two-bathroom model shown can be adapted to a smaller one-bedroom unit or to include and additional half bath. Exterior finishes can also be adapted to reflect the various textures and identities of the city.